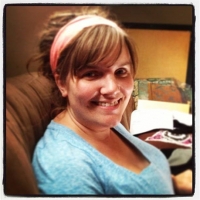 The premise behind the TechHire initiative is simple: Give more people the skills they need to succeed in the tech jobs that employers are struggling to fill. The initiative started with 21 cities, states, and rural areas from St. Louis to Eastern Kentucky, teaming up with 300 companies to train and source a diverse tech workforce from atypical backgrounds. As U.S. Chief Technology Officer Megan Smith puts it, these communities are tapping into talent that was previously “hiding in plain sight.”

Nearly two years later, TechHire has grown to over 70 communities, 20 of which launched yesterday. Nearly 4,000 people have been placed into jobs paying well above the average private-sector median wage. Companies like GE Digital, JP Morgan, and Capital One are hiring talent based on candidates’ demonstrated abilities, rather than the names on their degrees.

What we have learned from these communities is that people can learn the skills they need to succeed in tech jobs in a matter of months, not years. And with nearly 600,000 open technology jobs across all industries and regions in the country today, we need to continue spreading these models to meet the demand.

That’s why the TechHire initiative was designed to rely on communities across the country coming together to take coordinated action that leverages existing funding. TechHire communities have been using funds that the federal government already spends on job training and reemployment services.  To make sure we can build on that progress, the U.S. Department of Education announced a partnership this week with Opportunity@Work to continue growing the TechHire network.

The growth and success of TechHire will come from the same source it has to date: grassroots partners. These employers, innovative training programs, local government, workforce development organizations, and others in communities are collaborating to push the boundaries of the status quo, using strategies such as:

Here’s more on what’s happening around the country.

Since Akron joined the TechHire initiative, over 250 students have graduated from local training partners, more than half of whom have been placed into full-time jobs with 75 companies, with an average starting salary of $52,000. To improve connections between graduates that need jobs and employers that need tech talent, TechHire Akron will participate in the national “Race to Place” pilot hiring platform, coordinated by Opportunity@Work. This pilot will give employers a way to identify and assess potential tech talent, and help graduates to find “good-fit” job opportunities.
William is one of the people who has benefited from Akron’s work. William was making $12 an hour when he decided to pursue an intensive, 12-week coding bootcamp with the Software Guild in Akron. Of the experience, he later said, “there were plenty of times when I thought I would not make it, but I fought through it.” After graduating, he landed a job as a computer programmer, with a starting salary of $50,000 and the opportunity to continue growing his tech skills. He has since been promoted.

In Colorado, partner organizations have reported over 1,000 individuals trained with tech skills since TechHire Colorado first launched as one of the original TechHire communities. The vast majority of TechHire graduates in Colorado have found full-time tech jobs in a variety of industries.

Jessey Eagan is one such individual. Jessey was once a second-grade teacher and a children's director at church, interested to make a career change. Seeking opportunity, she picked up her family and moved from Illinois to Colorado for a 10-week intensive coding bootcamp with RefactorU. In the end, her family's sacrifice was worth it: Jessey now works full-time as a quality assurance web automation engineer at MakeMusic.

Given the success stories of existing TechHire communities, it came as no surprise that more communities sought to participate in the initiative. As a result, this week we announced over 20 additional new communities that will invest in and scale strategies that work.

Boston is one of the communities that signed on to TechHire this week. In Boston, a regional consortium of employers and training providers are blazing the path to IT jobs, led by the Boston Private Industry Council (PIC), the City’s workforce development board, and SkillWorks, a regional funders’ collaborative. Companies from a range of sectors -- including healthcare, education, government, technology, and finance -- will help develop training and hiring pipelines for the skills they need. Through TechHire, Boston plans to more than double the number of high school Tech Apprentices from 100 to 250 and increase the number of individuals connected to IT-related jobs to 500 by 2020.

One of Boston’s early success stories is that of Brian Madrigal, a young Mexican-American man from East Boston. Relentlessly optimistic and hardworking, Brian enrolled in Resilient Coders, a local program for young people to learn to code. Today, Brian is a User Experience apprentice at Fresh Tilled Soil, one of the most prestigious design agencies in Boston.

The tech scene in Tulsa, OK is already growing, with support from local organizations including 36 Degrees North, Techlahoma, and a number of workforce and education partners. With strong backing from the Mayor’s Office, Tulsa decided to apply for TechHire, with a plan to train and place 600 people—with an emphasis on women and young people—into tech jobs across sectors by 2020.

The community’s enthusiasm for tech training is based on stories like that of Preston Schwartz. Preston was a hard-working mechanic, in a physically demanding job with little room for upward mobility. Seeking new opportunity, he enrolled in a local OK Coders class to learn software development. Impressed by Preston’s progress over the 10-week boot camp, one of his teachers offered him a job as a Junior Front End Developer for his company, Hire 360. In that role, Preston is able to better provide for his family and to continue to grow his coding skills.

TechHire Rhode Island (TechHireRI) joined the TechHire network in late 2015. This statewide initiative is partnering closely with Governor Raimondo, CommerceRI, the RI Department of Labor and Training, and many education and training partners, on a goal to place 2,000 Rhode Islanders into IT jobs by 2020.

In 2016, TechHireRI has grown to include nearly 200 employer partners. Its education partners have trained about 250 people, about 200 of whom have been placed in IT and software developer positions. To expand access to training, TechHireRI has worked with training partners LaunchCode and General Assembly to stand up a full scholarship program for accelerated coding courses, which benefits nearly 250 Rhode Islanders. And so far this fall, GE Digital has hired one-third of the staff in its new office in Providence through TechHireRI.

One of the new GE Digital hires is Nick Wilcox. Nick’s job as a strength coach offered little room for growth, so he began experimenting with web development -- for fun and with zero formal training. He was intrigued with trying something radically new, failing, then trying again, and before long, decided to make a career out of it. He enrolled in General Assembly’s Web Development Immersive, which was not only more affordable than a traditional degree, but quicker -- 12 weeks, as compared to four years. And today, he’s a front-end developer with a significantly higher salary than what he was earning as a trainer.

Ryan Burke, Special Assistant to the President for Economic Policy