In this week’s address, President Obama discussed the importance of fair competition in the marketplace. The principle of fair competition isn’t a Democratic or a Republican idea – it’s an American idea. Over the past eight years, the Obama Administration has taken many actions to keep the marketplace fair, including: defending a free, open, and accessible internet; cracking down on conflicts of interest by making sure professionals who give retirement advice do so in the consumer’s best interest; and – just this week – standing up for beef, pork, and poultry growers when they’re treated unfairly. The President believes our free-market economy only works when there’s competition and rules are in place to keep it fair, open, and honest. That’s what this is all about – ensuring that everyone has a chance to compete by leveling the playing field and keeping the rules clear and consistent. 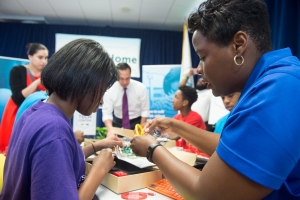 Ed. note: This was originally posted by the Department of Housing and Urban Development.

Today, as part of HUD’s ConnectHome initiative to bring high-speed internet to low-income households with school-aged children in HUD-assisted housing, T-Mobile, the City of New York, and the New York City Housing Authority (NYCHA) have committed to do their part to close the digital divide in New York. 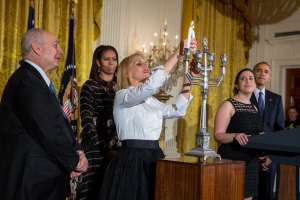 "I want to say how much Michelle and I appreciate the opportunities to have celebrated so many Hanukkahs with you in the White House ... As many of you know, the name “Hanukkah” comes from the Hebrew word for “dedication.” So we want to thank you again for your dedication to our country, to the historic progress that we’ve made, to the defense of religious freedom in the United States and around the world.

The White House is hosting its final MBK National Summit today, and launching our #IamMBK Digital Day of Action. As we near the end of the Obama administration, we are celebrating the historic progress underway to expand opportunity for all of our kids, and want to make sure that there is no doubt that MBK is here to stay! Tune in to the President's remarks today at 4:45pm ET. 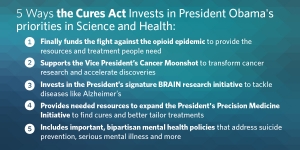 Today, President Obama signed into law the 21st Century Cures Act, bipartisan legislation that will go a long way toward bringing about the medical breakthroughs we need to meet some of the biggest health challenges facing Americans today. No matter what corner of the country you live in, you or someone in your life has been touched by cancer, the opioid epidemic, devastating illnesses or serious mental health issues.

Vice President Joe Biden sent the following message to the White House email list ahead of joining President Obama later today as he signs the Cures Act into law. You can tune in here at 2:00PM ET:

Last Monday night, forty-four years after the people of Delaware first sent me to the United States Senate, I presided over a Senate vote for one of the last times.

In this week’s address, President Obama discussed Open Enrollment on the Health Insurance Marketplace, which began November 1. The deadline to sign up for coverage beginning on January 1 is this Thursday, December 15, and the final deadline to sign up for 2017 coverage is January 31. Today, thanks to the Affordable Care Act, every American with insurance is covered by the strongest set of consumer protections in history.

You heard it from Shaq himself: on Monday, December 12, the White House will host a competitive gaming event to help people sign up for health care coverage at HealthCare.gov. Tune in to twitch.tv/GetCovered at 4 PM Eastern to join in!

Millions of Americans participate in eSports (that’s Electronic Sports, or competitive video games) to connect with friends, to challenge themselves, to root for their favorite eSports team, and to be part of a rapidly growing community. 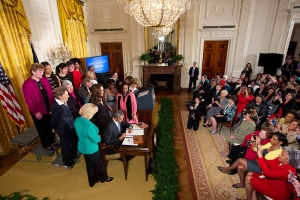 Today, the Food and Drug Administration (FDA) is launching a process to facilitate the availability of over-the-counter hearing aids—an announcement with the potential to positively impact millions of Americans.

Tens of millions of Americans currently suffer from mild to moderate hearing loss, often age-related, but many either don’t realize they’ve been affected or cannot afford basic hearing aids—which currently cost an average of $2,300 apiece.