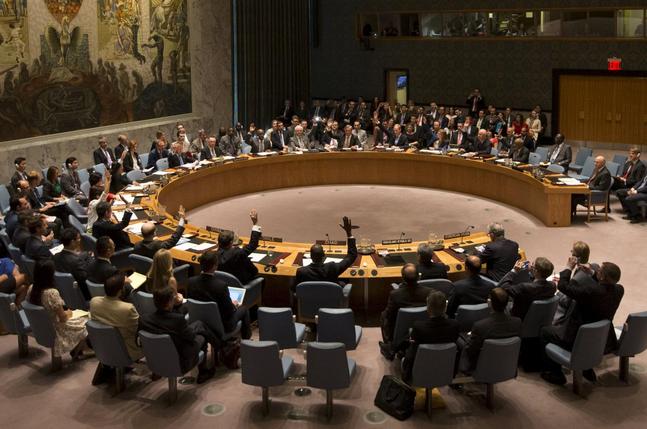 REUTERS/MIKE SEGAR
UNITED NATIONS| BY MICHELLE NICHOLS
The United Nations Security Council on Monday endorsed a deal to curb Iran’s nuclear program in return for sanctions relief, but it will be able to re-impose U.N. penalties during the next decade if Tehran breaches the historic agreement.

The 15-member body unanimously adopted a resolution that was negotiated as part of the agreement reached in Vienna last week between Iran and the world’s major powers.

In return for lifting U.S., EU and U.N. sanctions, Iran will be subjected to long-term curbs on a nuclear program that the West suspected was aimed at creating an atomic bomb, but which Tehran says is peaceful.

U.S. Ambassador to the United Nations Samantha Power said the deal would make the world “safer and more secure.”