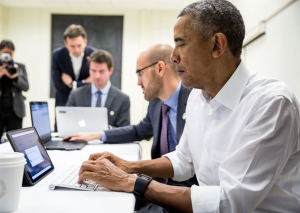 Over the past eight years, the President, the First Lady, and the Obama White House have used social media and technology to engage with people around the country and the world on the most important issues of our time. From the very beginning, our mission has been to reach people on the channels and platforms where they already spend their time.

This week, President Obama delivered his final weekly address thanking the American people for making him a better President and a better man. Over the past eight years, we have seen the goodness, resilience, and hope of the American people. We’ve seen what’s possible when we come together in the hard, but vital work of self-government – but we can’t take our democracy for granted.

At the White House FinTech Summit in June 2016, Cabinet Secretaries and senior officials from across the Administration engaged with stakeholders about the potential for fintech to further myriad policy goals, including small business access to capital, financial inclusion and health, domestic growth, and international development.  At the same event, industry and other stakeholders conveyed the need for a framework that articulates the U.S.

It rests on the land chosen by a revolutionary. It was designed by an Irish immigrant, it was built by slaves, and it has been home to every president since John and Abigail Adams first came through its doors. It is the White House, the People’s House, and it belongs to all who call this country home.

The final open enrollment period of this Administration started on November 1, and since then, more than 11.5 million people nationwide have signed up for health insurance through the Health Insurance Marketplace. As part of our Administration’s ongoing efforts to reach the remaining uninsured, the White House launched the Healthy Campus Challenge in September, hoping to engage college and university campuses in enrollment efforts. 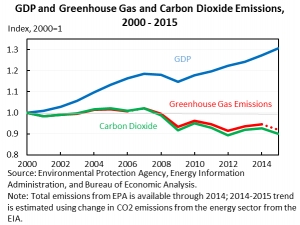 As the President wrote this week in the journal Science, the last eight years demonstrate that carbon emissions can decline while the economy is growing. This is in contrast to centuries old reality that increased economic output entailed increased carbon emissions. Emissions did, in fact, drop during the Great Recession. But due to trends in the energy system and policies pursued by President Obama, carbon pollution has continued to fall while our economy has recovered from that shock. 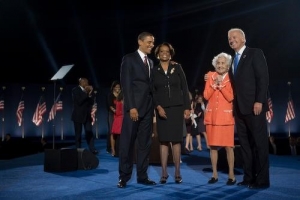 Over the past eight years, I’ve been proud to stand by President Obama's side through every step of this journey.

And tonight, I'll be proud to stand by him one last time in Chicago with the First Lady and with Jill as he makes his farewell address to the nation.

On Friday, January 6, the Obama Administration released the second installment of the interagency Quadrennial Energy Review (QER 1.2), “Transforming the Nation’s Electricity System”. The new report focuses on the Nation’s electricity system, from electricity generation to end uses, and addresses the need for improvements in that system.  Today, January 9, is the third anniversary of the Presidential Memorandum that initiated the QER.

Chicago is where I grew up. It’s where I met my husband. It’s where we started our family and where we began our journey to becoming your First Family, which has been the honor of our lifetimes.