In this week's address, Vice President Joe Biden discussed the progress we have made to ensure that anyone who works hard and plays by the rules has a real shot at getting into the middle class and staying there. Over the past eight years, we have made significant progress; from working with Congress to cut taxes for low- and middle-income families, to taking executive authority to provide paid sick leave to more than 1.1 million workers.

Since the President's call to action to increase the minimum wage in 2013, 18 states and 55 cities have raised their minimum wage. The Vice President noted that although we've made progress, more work needs to be done to give American workers a chance. Because when they are given the chance, American workers never let their country down.

November 1 marked the beginning of open enrollment, when people can obtain health care coverage for 2017 through the Health Insurance Marketplaces established by the Affordable Care Act. The Marketplaces allow individuals to shop for and compare plans to find one that’s right for them, and most HealthCare.gov consumers can find a plan for $75 or less per month, less than the cost of a cell phone bill. 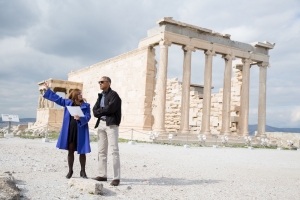 This week, President Obama got the chance to visit the Acropolis in Greece.

From now through January 31, 2017, the Health Insurance Marketplace is open for business.

You can head to HealthCare.gov to shop for health plans for 2017 -- and get coverage for less than you might think. President Obama explains how:

If you don’t have health insurance, or if you're looking to upgrade your Marketplace plan, you can easily compare plans in the Health Insurance Marketplace right now at HealthCare.gov.

Watch today at 3:15pm ET as President Obama holds a press conference at the White House before he leaves for his overseas trip to Greece, Germany, and Peru this week.

Asked and Answered: "You Are Already A Good Man" 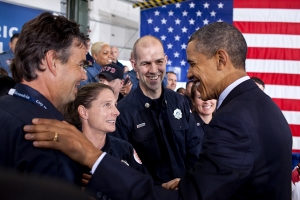 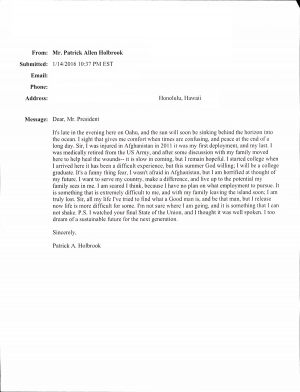 In honor of Veterans Day, President Obama will participate in a wreath-laying ceremony before delivering remarks at Arlington National Ceremony at 11:30 am ET. Follow along:

Leaving the military can be challenging for many service members. From worrying about their next career steps, to deciding whether to go back to school, to finding a path forward through the mental and physical wounds of war, veterans face a unique set of challenges in navigating their post-military lives.

The President addressed the nation on the election results and the next steps we can take to come together as a country and ensure a peaceful transition of power. This is something every American should watch -- no matter his or her politics.

"We have to remember that we're actually all on one team…We’re not Democrats first, we're not Republicans first, we are Americans first.

This week, President Obama discussed Open Enrollment on the Health Insurance Marketplace, which began November 1 and will end on January 31. Thanks to the Affordable Care Act, 20 million American adults have obtained health insurance, and an additional three million children have gained coverage since the President took office. The uninsured rate is the lowest level on record.