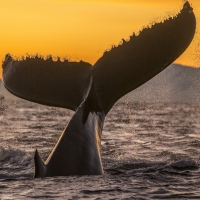 Watch Live at 11:00am ET: President Obama Speaks at the 2016 Our Ocean Conference

Today, President Obama is designating the first marine national monument in the Atlantic Ocean, protecting fragile deep-sea ecosystems off the coast of New England as the Northeast Canyons and Seamounts Marine National Monument.

Over the past several decades, the nation has made great strides in its stewardship of the ocean, but the ocean faces new threats from varied uses, climate change, and related impacts. Through exploration, we continue to make new discoveries and improve our understanding of ocean ecosystems. In these waters, the Atlantic Ocean meets the continental shelf in a region of great abundance and diversity as well as stark geological relief. The waters are home to many species of deep-sea corals, fish, whales and other marine mammals.
President Obama

Just last month, President Obama expanded the Papahānaumokuākea Marine National Monument off the coast of Hawaii by 442,781 square miles, creating the world’s largest marine reserve. Today’s designation will protect 4,913 square miles of marine ecosystems with unique geological features that have been the subject of scientific exploration and discovery since the 1970s. To date, President Obama has protected more land and water than any other U.S. president in history.

One of the reasons President Obama ran for president was to make sure the U.S. does its part to protect our planet for future generations. Photographers Paul Nicklen, Bo Bridges, and Michael Muller have spent their lifetimes capturing what lies within our oceans, and the beauty we stand to lose if we don't act to combat climate change. Today, they're taking over the White House Instagram. So check out a few of their photos along with their thoughts on the President's latest act in conservation.