President Donald J. Trump has invited several guests to attend tonight's address to a Joint Session of Congress. These special guests will be seated with First Lady Melania Trump in the Executive Gallery of the House Chamber. Watch the Joint Address live at 9 p.m. ET at WhiteHouse.gov.

At 15 months old, Megan was diagnosed with Pompe disease and not expected to live more than a few short years. 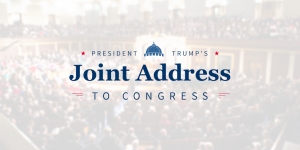 President Donald J. Trump will be delivering his first address to a Joint Session of Congress on Tuesday, February 28, 2017. Be sure to tune in as the President will be sharing his vision for the country.

Where: The United States Capitol in the House Chamber, also known as the "Hall of the House of Representatives.

Which business schools are up or down, plus trends and profiles

After one month in office, President Donald J. Trump is already achieving results for the American people.

Jump starting Job Creation: President Trump is looking out for American workers that Washington has left behind.

Today, I cast the tie-breaking vote in the Senate to confirm President Donald Trump’s nominee for Secretary of Education: Betsy DeVos.

The vote the President asked me to cast wasn’t just for Betsy – it was also for America’s future.

Our nation’s success depends on the education of our students. In Betsy DeVos, we have one of America’s foremost advocates for educational opportunity and excellence. 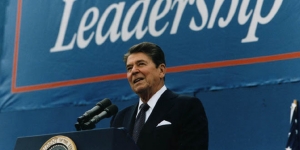 One of the greatest Presidents in U.S. history was born on February 6, 1911. Today we honor the legacy and remember the man who served as our 40th President, Ronald Reagan.

President Reagan inspired a generation to believe in America once again and build a better future for their country. Below is his second inaugural address to the Nation.

On our last, full day here at the White House, here is the Obama Administration's 388th -- and final -- episode of our weekly round-up video, West Wing Week. For 388 weeks in a row, we have produced a zippy, zingy wrap-up of everything the President's been up to that week, and it has been such fun doing so. Thanks for tuning in, and all the best, from all of us to all of you. 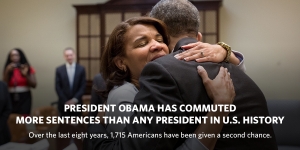 It's a long-standing tradition for the sitting president of the United States to leave a parting letter in the Oval Office for the American elected to take his or her place. It's a letter meant to share what we know, what we've learned, and what small wisdom may help our successor bear the great responsibility that comes with the highest office in our land, and the leadership of the free world.