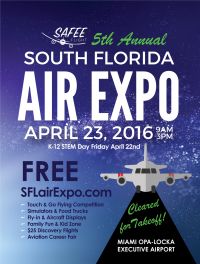 With the need for qualified pilots to compete with the increase of airplane travel, recruiters are touring schools trying to increase student's awareness of the aviation field. This recruitment effort has become less than effective at minority schools. The problem lies more than just with the recruitment office, but with the entire aviation industry. What causes black to have such poor representation in the aviation field?  The problem starts off early on in the African American community. Their school guidance counselors persuade African American children into pursuing more trade-based jobs. They believe that becoming a pilot is not an obtainable goal for inner city children.  Life also has a tendency of imitating art so the majority African American children grow up wanting to become basketball players and football players. This is because most of them do not hear about courageous men like Eugene Jacques Bullard.  Bullard, who was the first African American combat pilot, had over 25 years of flight experience before the famous Tuskegee Airmen.

According to Aviation Magazine Online

To date there is only one minority magnet high school for aviation. August Martin High School in Jamaica, New York, (named for the first African American pilot to fly for a commercial airline) was created through the cooperative efforts of the Board of Education, community leaders and the aviation industry in an attempt to boost the number of minority pilots in the field. Another important reason there is a lack of African American pilots is because at most Historically Black College and Universities (H.B.C.U) the aviation field has no representation. Large numbers of African American students enroll in (H.B.C.U) every year, and will not have a chance to pursue careers in aviation because the curriculm is not offered. OGTV stumbled upon a program called Operation SAFEE Flight, whose leadership has analyzed the same absence of diversity in the blue skies, and have decided to change the equation, and to achieve very different results through a community wide collaboration.

A COMMUNITY APPROACH TO STEM SUCCESS

What continues to impress us at OGTV about SAFEE Flight, is the community engagement, and the growing number of stakeholders from industry, government, academia, for their collective commitment to develop and expose youth in South Florida to STEM in Aviation.  Imagine if we could create a national movement to build HUBS and Spokes to broaden participation  all across America, and then to follow these students, schools, and parents to  measure the success of each of these programs.  We have seen from the recent USA Science & Engineering Festival, what success in STEM Diversity can look like.  So with the SAFEE Flight Operation, we're set for take off, and we look forward to sharing with the world, A Community TEAM Approach to STEM, Diversity and Success in Aviation.

WHERE: Orion Jet Center, 14980 NW 44 Ct., Miami-Opa-locka Executive Airport. The drone exhibition will be held at the Signature Flight Support hangar at 15001 NW 42nd Avenue, in hanger 51 on the same airport.

About Operation SAFEE Flight - Operation SAFEE Flight is an annual two-day South Florida Aviation & Aerospace Expo and Fly-In event at Miami-Opa-locka Executive Airport. This event offers participants the opportunity to become fully immersed in the aviation experience with hands-on flight learning simulators, discovery flights and interaction with leaders in the South Florida aviation industry and community leaders. The event is coordinated by the FAA, the United States Coast Guard (USCG), aviation professionals and enthusiasts.  For additional event details visit www.SFLairExpo.com, and to become a sponsor of this years series of SAFEE events throughout the summer, email  to receive our sponsorship package.

EDITOR’S NOTE: TAG intercollegiate flying competition and the discovery flights will begin at 8 a.m. on Saturday, April 23. Media outlets covering the TAG competition need to check in at the TAG table located on the southwest corner of the Orion building. There will be a bus to take media to the competition location. To join our "What Works" campaign to measure "What Works" email us at This email address is being protected from spambots. You need JavaScript enabled to view it.

Keep Your Head and Your Hopes in The Skies SAFEE