Congressman John Lewis sent the below message to the White House email list -- if you didn't get the message, you can sign up here for updates.

Watch Rep. John Lewis and President Obama speak at the dedication of the National Museum of African American History and Culture.

I've been waiting to see this day for 15 years -- and in some ways, my whole life.

In this week’s address, President Obama commemorated the opening of the National Museum of African American History and Culture. The President recognized the museum for celebrating the many accomplishments of the African American community – and for telling the fuller story of America by facing the uncomfortable truths of our Nation’s history all while embracing the knowledge that America is a constant work in progress. 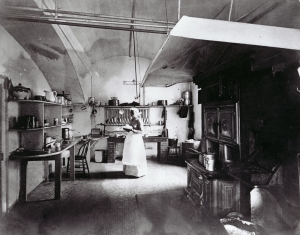 Watch President Obama speak at a White House reception for the Museum of African American History & Culture at 4:20 pm ET.

Tomorrow, President Obama will welcome our newest addition to the National Mall: the National Museum of African-American History and Culture, a museum dedicated to telling a fuller story of America through the history of African Americans. 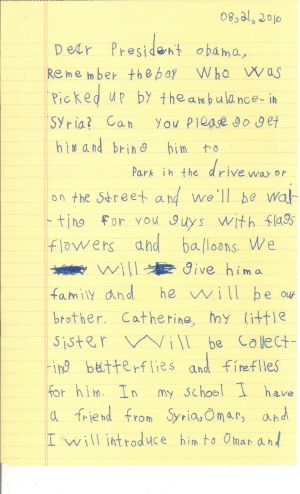 Earlier this month, we accompanied President Obama to the G-20 Summit in Hangzhou, China. It was a productive summit across the board. But perhaps the most significant moment came when President Obama and President Xi stood together and formally joined the landmark Paris Agreement, committing the two nations responsible for roughly 40 percent of global carbon emissions to take serious and sustained action to combat climate change. 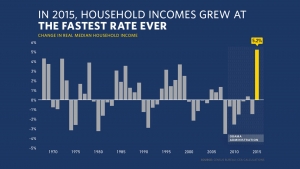 President Obama sent this message to the White House email list to highlight two important findings from the latest Census Bureau report: household incomes increased and poverty went down. Learn more about the report here -- and make sure to sign up for the latest updates.

Over the past eight years, we've made incredible progress in our economic recovery.

Former U.S. Secretary of State Madeleine Albright sent the below message to the White House email list ahead of President Obama's remarks at a UN Refugee Summit. Read more stories from refugees in America and make sure to sign up for the latest updates.

I came to the United States as a refugee when I was 11 years old. 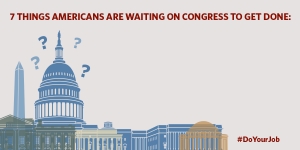 In this week's address, President Obama called on Republicans in Congress to do their jobs. With Congress back in session there is a lot of business that needs to get done, including funding the fight against Zika, providing resources to help the flood victims in Louisiana, and giving Supreme Court nominee Chief Judge Merrick Garland the courtesy of a fair hearing and a vote.

While bipartisanship can seem rare in Washington, leaders from both sides of the aisle came together today to support the President’s trade deal, the Trans-Pacific Partnership (TPP).

This morning, President Obama met with former Mayor of New York City, Michael R. Bloomberg (I), Governor of Louisiana John Bel Edwards (R), Governor of Ohio John Kasich (R), and Mayor of Atlanta Kasim Reed (D) -- along with other business, government, and national security leaders -- to discuss how the President’s trade deal can benefit American workers and businesses and strengthen our national security.

White House staffer Felicia Escobar sent the below message to the White House email list to mark the first week of President Obama's final Hispanic Heritage Month. Didn't get the message? Sign up for updates here.

Happy Hispanic Heritage Month! This is my seventh year celebrating it as a staffer at the White House, and it’s hard to believe it will be the final one.